The Impacts of Wildfire Pollution 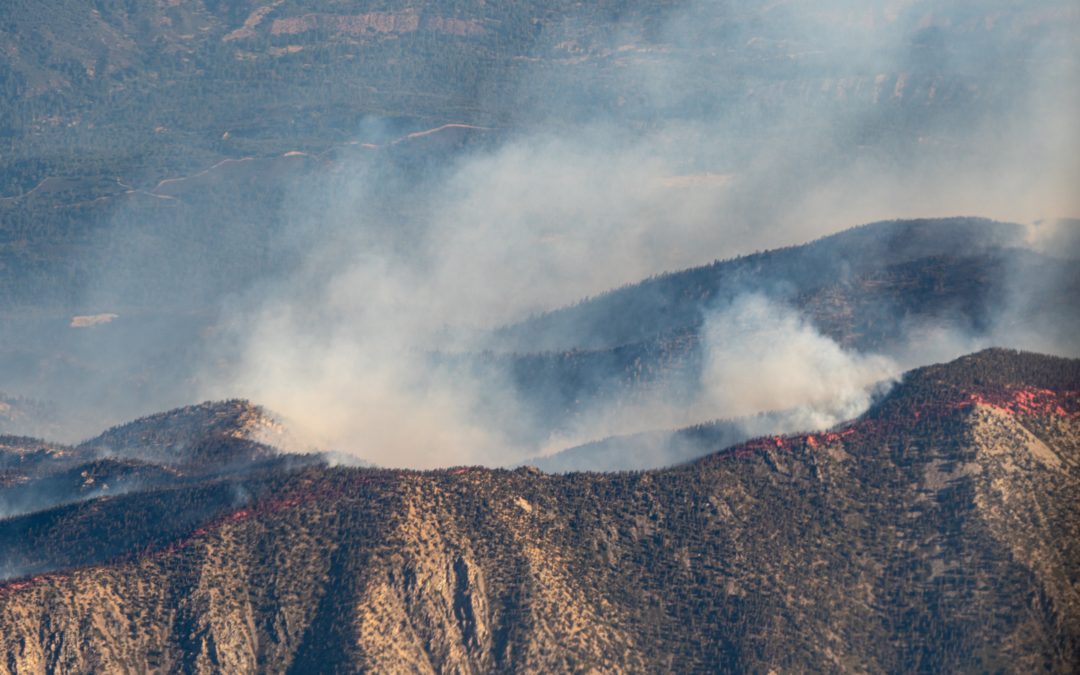 Photo by Patrick Campanale – from Unsplash

Looking back at the 2020 fire history:

The Guardian recently released an article outlining some of the severe consequences of wildfire smoke in California. In 2020 California experienced the “state’s worst wildfire season on record” (Singh) with “six of the largest wildfires on record burned” (Signh) in this year. According to postdoctoral scholar Rosana Aguilera wildfires are going to continue getting worse and more extreme due to climate change.

The profile of what fires are burning in California is changing, and therefore impacts the type of air pollution Californian’s are facing and will continue to face. “Due to development in California wildlands, fires are increasingly likely to burn through homes and infrastructure, spewing up a noxious mix of plastics, metals, household cleaning chemicals and other unnatural char” (Signh). The burning of unnatural substances such as plastics and metals is both detrimental to the environment, but also has major health impacts for many individuals and communities.

Health Impacts are worse than we expected:

The health impacts from wildfire smoke are worse than we previously believed them to be. A study conducted by “Friday in Nature” found that “toxic particles spewed by wind-whipped wildfires resulted in 10 times as many hospitalizations due to respiratory illness as compared to other types of pollution” (Signh). Ten times as many hospitalizations is a significant difference that will impact many people living in California. This detrimental effect of wildfire pollution is worse than other types of pollution. When looked at the cumulative pollution that Californian’s face, especially with wildfires, this will likely result in widespread respiratory problems.

Children and those with health conditions are at greater risk:

Some groups are more severely impacted by these findings than others. Similar to covid-19 and other respiratory diseases, those with preexisting health problems can be more at-risk to the impacts of smoke pollution. According to the Guardian article “wildfire smoke can exacerbate not only respiratory illnesses but also heart conditions – triggering heart attacks and strokes” (Signh). Those with heart conditions or preexisting respiratory problems may be subject to greater problems because of wildfire smoke.

Children are also at increased risk to health problems due to wildfire smoke. It takes very little for the impacts of wildfire smoke to have an effect: “Prunicki found that just one day of exposure to elevated air pollution, including from wildfires, can affect children’s immune and cardiovascular systems” (Signh). Hearing that it takes no more than one day for a children’s core health systems to be impacted by wildfire smoke pollution is scary and reinforces our need for drastic change as a community.

Inequalities in who is impacted:

Not only are children and those with health conditions more at risk to the harms of wildfire pollution, but the harms of smoke pollution disproportionately impact other communities and groups as well. The Guardian article discussed how the placement of different facilities impacts this and explained how “the pollution disproportionately impacts low-wage workers, and poor communities of color across the state who are already exposed to high levels of pollution from other sources including factories, highways and refineries” (Signh). These communities are already suffering greater levels of pollution from other sources, so the added impacts of wildfire pollution are an added harm on top of already poor air conditions.

So, what can we do to ensure that the 2021 fire season isn’t as bad as this year’s detrimental year? According to Signh “officials should immediately take steps to curb greenhouse gas emissions to address the climate crisis and recognize Indigenous ecological expertise in managing fire-prone landscapes” (Signh). Indigenous techniques consist of using small controlled burns called prescribed burns to contain forests to ensure that large, uncontrollable forest fires won’t take place. Curbing greenhouse gas emissions will help in lessening the effects of global warming, which is the root cause of the harmful wildfires in California. The Center for Community Energy fights for the decarbonization of our atmosphere and is working at lessening the effects of global warming. Please consider making a donation or becoming a member to help us protect the health of those disproportionately impacted by wildfire pollution.