The DUST BOWL – a CLIMATE DISASTER. 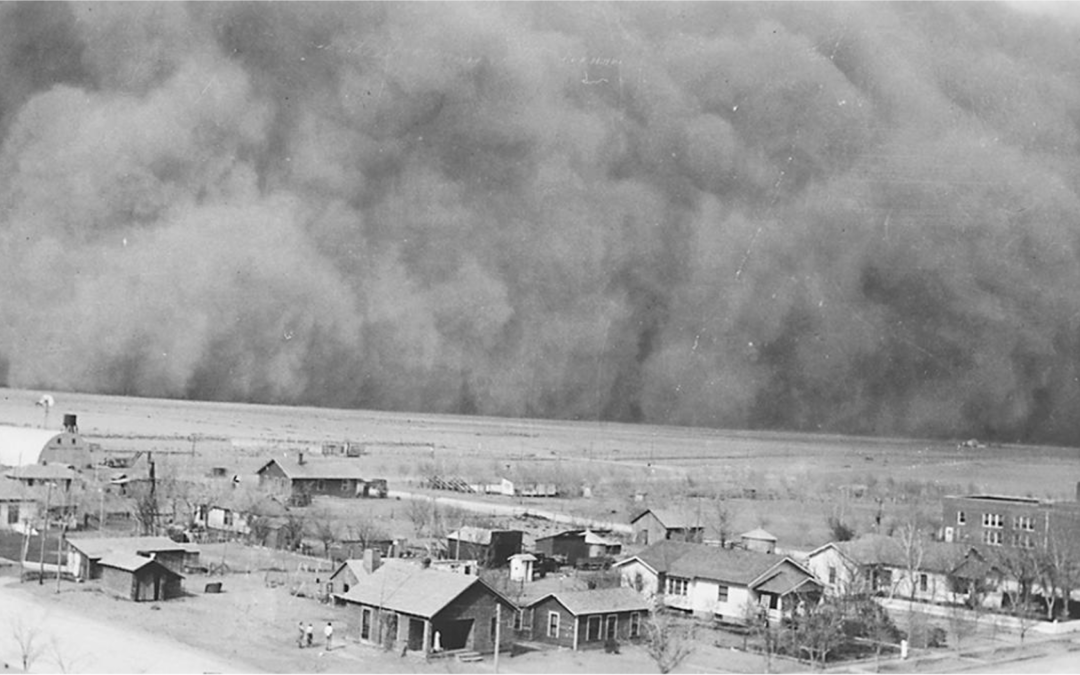 This is the beginning—from “I” to “we”. If you who own the things people must have could understand this, you might preserve yourself. If you could separate causes from results, if you could know that Paine, Marx, Jefferson, Lenin were results, not causes, you might survive. But that you cannot know. For the quality of owning freezes you forever into “I”, and cuts you off forever from the “we”.
— Chapter 14, The Grapes of Wrath, John Steinbeck

This novel (1939) won a Pulitzer Prize and National Book Award.  The movie adaptation (1940) won two Academy Awards and 5 nominations.  Steinbeck’s writing is glorious; the story he told is heart wrenching.  Tragically, it is continuing to repeat itself as our globe continues to warm, and as people and animals around the globe continue to suffer from our growing existential threat.

If you’ve never read the book or if it’s simply been too long, read this article:  Role of climate in Steinbeck’s The Grapes of Wrath from Ultius, a service for writers.

As pointed out in the article, the main “character” of the book is not people; it is the climate:

“The people came out of their houses and smelled the hot stinging air and covered their noses from it. And the children came out of the houses, but they did not run or shout as they would have done after a rain. Men… looked at the ruined corn, drying fast now,” (Steinbeck 5).

The climate disaster of the 1930s was only a beginning. Its fleeing refugees were not the last climate refugees.  The mentality of those who owned the land the Oklahoma sharecroppers lived on and who subsequently drove these people from homes they had lived in, sometimes for generations, still exists.  And lives today in many areas of the globe are worsened by a stunning lack of compassion, narrow mindedness, and the actions of those who refuse to think “we” rather than “I”.

We must change our thinking – before we too are swallowed in dust!

Each of us needs to ask, what can I do to benefit us all? How can I help save our globe and our own lives?

One way:  Help support the Center for Community Energy!  CCE’s ultimate goal is decarbonization.  Please help us contribute to achieving this critical goal!