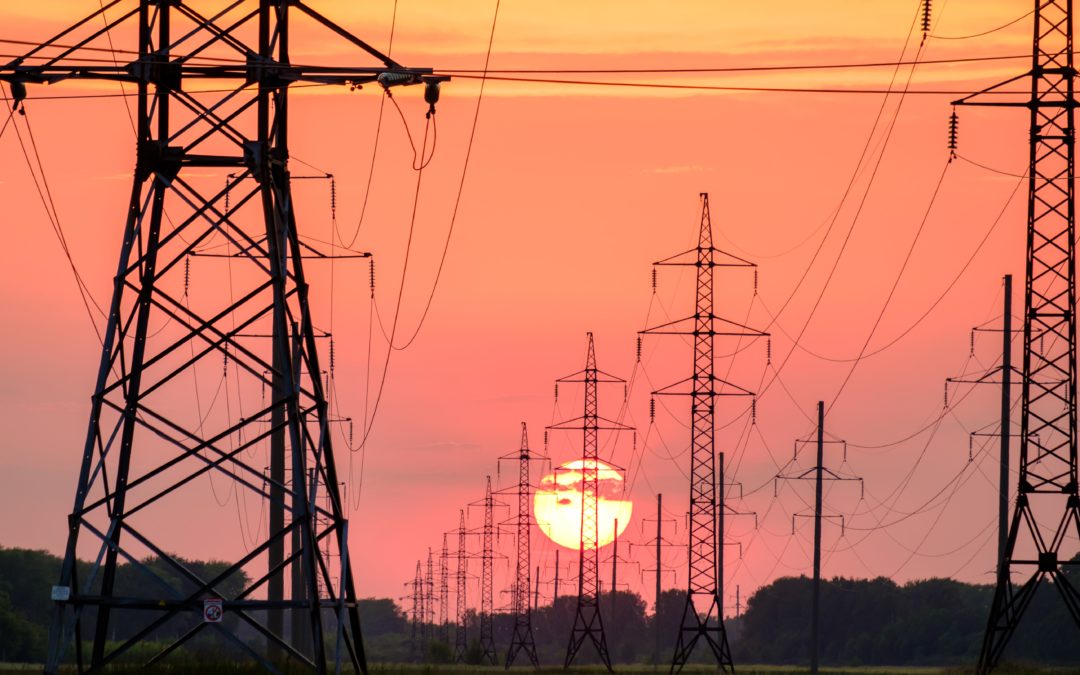 We’ve all seen the dramatic pictures of downed energy infrastructure as pictured in this article, “Entergy Says 2,000 Miles of High-Voltage Lines Knocked Out by Hurricane Ida” from the Wall Street Journal

Replacing or repairing 2000 miles of downed grid infrastructure like will be hugely expensive and time consuming.  And that doesn’t include the time and cost required to fix damaged properties and grid connection equipment

Now, imagine that there was no or little need for so much large grid infrastructure – especially huge, long-distance transmission towers and wires.

According to the National Renewable Energy Laboratory (NREL):

Distributed energy resources (DER) are small, modular, energy generation and storage technologies that provide electric capacity or energy where you need it.

DER systems may be either connected to the local electric power grid or isolated from the grid in stand-alone applications.

* A photovoltaic (PV) system is composed of one or more solar panels combined with an inverter and other electrical and mechanical hardware that use energy from the Sun to generate electricity.

What’s The Value of DER?

CCE as well as many other organizations and experts have been studying and comparing the value of DER versus monopoly-owned, utility-scale infrastructure for years.

According to recent analysis by national grid modeling experts Vibrant Clean Energy, commissioned by Local Solar for All, “enabling the continued growth of distributed energy resources (DERs), like rooftop and community solar and battery storage, would save California ratepayers $120 billion over the next 30 years.

Clean Coalition, with which CCE collaborates, hosted a webinar on Aug. 11, in which speakers discussed the VCE report, noting: “Using a much more sophisticated model than other studies employ, the Local Solar for All team found that deploying far more clean local energy, in close coordination with remote renewables, will save Californians billions — while helping the state achieve our clean energy goals and creating hundreds of thousands of jobs.”

CCE’s own Executive Director, Dr. Jose Torre-Bueno – an expert in battery technology, photovoltaic systems, utility rates, and modeling energy demand, who has built and installed solar systems – knows from first-hand experience the value of deploying local solar and cost-effective energy infrastructure.  As an intervenor before the California Public Utilities Commission (CPUC) and the Federal Energy Regulatory Commission (FERC), Jose is also intimately aware of the regulatory challenges DER faces in California and elsewhere.

According to Lovins: “Traditionally, we built giant cathedral-like power plants, each costing billions of dollars and taking many years to license and build. But now each year, with roughly comparable capital, you can build a factory that produces each year thereafter enough solar cells to generate as much electricity each year thereafter as your ‘cathedral’ ultimately will. So solar output worldwide is scaling faster than cellphones… In 2016 alone, modern renewables, excluding big hydro dams, added 139 GW, 55% of the world’s new capacity, and they got $242 billion of asset investment, ⅔ of it private. Yet we’re still told that only coal, gas, and nuclear stations can keep the lights on, because they’re ‘24/7,’ while windpower and PVs are ‘variable’ and hence unreliable.” Lovins continues in his presentation to debunk this outdated and false perspective.

Key Takeaway:  All of us will benefit from the increased resilience and cost effectiveness that DER deployments can provide – if we allow and support their implementation – especially here in California.